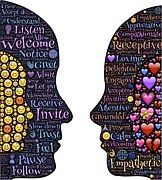 We want to share with you resources we believe will be helpful as you journey on your spiritual path.

Recent or relevant books written by spirituality writers that we believe may be of interest to you  may be listed below.  We will especially be mindful to keep you informed of the latest works of guest speakers who have traveled to Louisville to share their wisdom with us.  Poems written by women who were inspired while attending our events may also be posted, as well as brief video segments of lectures presented for Spirit of Sophia.

We hope you find this page of some assistance or guidance as you “find your way” on your spiritual journey.

Spiritual Books recommended by women of Spirit of Sophia

Wild Comfort: The Solace of Nature by Kathleen Moore
Wisdom Distilled from the Daily by Joan Chittister
Radical Amazement by Judy Cannato
Learning to Walk in the Dark by Barbara Brown Taylor
A Star in My Heart by Joyce Rupp
Dance of the Spirit by Maria Harris
The Inner Voice of Love by Henry Nouwen

The Handbook of Women’s Mysteries

The Healing Power of the Sacred Woman: Healing, Creativity and Fertility of the Soul

The Mirror of Existence: Stepping Into Wholeness

Beyond the Obvious:  Bringing Intuition into Our Waking Consciousness

“Winter of the Heart: Finding Your Way through the Mystery of Grief”
copyright 2018 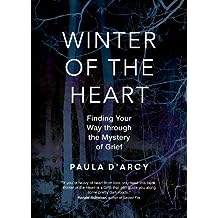 “Paula D’Arcy has written a book that connects the very wellspring of life–love–to one of the most painful passages of life–grief.  This book is an honest and authentic offering for the healing of the heart.”  Elizabeth Harper Neeld

The Tao of Psychology, Synchronicity and the Self. About synchronicity and spiritual sense of connectedness to the Tao which can be felt or sensed in synchronistic moments; Tao as the invisible underlying oneness, Self as equivalent in meaning. (Harper & Row, 1979) HarperCollins, pb.ISBN 0-06-250081-3. (25th Anniversary Edition, 2004)

Goddesses in Everywoman: Powerful Archetypes in Women’s Lives. Foreword by Gloria Steinem. Introduced Greek goddesses as personification of archetypal feminine patterns that have a powerful effect on shaping personality, behavior, and meaning, which are in turn supported or suppressed by family and culture. Living a meaningful life, individuation, and a sense of the sacred are related to the archetypes in us. (Harper & Row, 1984) HarperCollins pb. ISBN 0-06-091291-X (20th Anniversary Edition, 2004). 30th Anniversary edition, 2014..

Gods in Everyman: Archetypes that Shape Men’s Lives.The major Greek gods as male archetypal patterns which shape personality and relationships, favor or handicap the achievement of power and success in a patriarchal society, and are sources of meaning as well as pathology. (A one volume “gods and goddesses in everyperson” would have been a conceptually more accurate, because women and men are likely to have at least one active archetype in the other book), (Harper & Row, 1989) HarperCollins, pb IBSN 0-06-097280-7, (25th anniversary edition, 2014.)

Ring of Power: Symbols and Themes in Wagner’s Ring Cycle and in Us: The Rhinegold, Valkyrie, Siegfried, and Twilight of the Gods as mythic stories of archetypes, dysfunctional family dynamics over three generations, and the destructive effect of power on the psyche, on relationships, and as a ruling principle in patriarchy. Possibilities of “Freeing ourselves from the Ring Cycle” and “Beyond Valhalla: A Post-Patriarchal World.”(HarperSanFrancisco, 1992). Nicolas-Hays, pb, ISBN 0-89254-043-5.

Close to the Bone: Life-Threatening Illness and the Search for Meaning. Life-threatening illness as a descent of the soul into the underworld, as a potential turning point, and a crisis for body and soul. Inanna’s descent, Psyche’s tasks, abduction of Persephone, are mythic patterns of transformation, soul growth; we are spiritual beings on a human path rather than human beings who may be on a spiritual path. (Scribner, 1996) Simon & Schuster, pb ISBN 0-684-83530-4. (REVISED EDITION, 2007) Close to the Bone: Life-Threatening Illness as a Soul Journey, Conari/Red Wheel Weiser, 2007

The Millionth Circle: How to Change Ourselves and The World. The Essential Guide to Women’s Circles. Inspired by The Hundred Monkey, the allegorical story that sustained the early anti-nuclear activists. A visionary, activist, spiritual perspective about circles with a spiritual center. Describes how real change happens when a critical number of people adopt a new perspective with how-to sections on ways to create women’s circles with a sacred center. Inspiration for The Millionth Circle Initiative and The World Day of Circles of Compassion-November 2, as part of The Millionth Circle Movement (www.milliothcircle.org) Conari/Red Wheel/Weiser, 1999. ISBN 1-57324-176-8.

Goddesses in Older Women: Archetypes in Women Over Fifty–Becoming a Juicy Crone. Archetypes of wisdom, compassion, outrage, sensuality, and healing humor in women over fifty. Includes section on the Goddesses in Everywoman–growing older, on the archetype of the wisewomen or clan mother circle, Act 3 in women’s lives and third wave feminism. Energies and images of empowerment, individuation and meaning in the third phase of life. HarperCollins, 2001. ISBN 0-06-019152-X; pb, 2002. ISBN 0-06-00992923-5.

Crones Don’t Whine: Concentrated Wisdom for Juicy Women. A new perspective on the “crone” word. Thirteen defining crone qualities that when taken to heart and cultivated, support authenticity, integrity and soul growth. Also, “Exceptional Men can be Crones.” “Crones Together can Change the World,” and “Musings.” Conari/Red Wheel/Weiser, 2003. ISBN: 1-57324-912-2

Urgent Message From Mother: Gather the Women, Save the World. “Mother” is Mother Earth, mother instinct, mother archetype, mother goddess, the sacred feminine. Women as a gender have qualities and priorities that the world needs to end the violence that traumatize children and has made cycles of conflict and fratricidal wars inevitable. A call to save what we love, inspiration from examples, how evolutionary social changes come through grassroots movements. Conari Red Wheel, 2005. ISBN 1-57324-265-9.

Like a Tree: How Trees, Women, and Tree People Can Save the Planet. Appeals most to people who realize that they are “tree people.” It is poetic and educational, inspirational, spiritual, and down to earth, covering the subject of trees from anatomy and physiology to trees as archetypal and sacred symbols. Conari/Red Wheel Weiser, 2011.

Moving Toward the Millionth Circle: Energizing the Global Woman’s Movement. A sequel to The Millionth Circle (1999) with a slightly different focus.  While still about women’s circles, this book focuses more on activism and how these circles can help to sustain and support (and be a sanctuary for) women working for change in their lives and in the world. Includes lessons from the Dalai Lama. Conari/Red Wheel Weiser, 2014.

Artemis: The Indomitable Spirit in Everywoman: explores the archetype of the activist, environmentalist, and feminist. Indomitable means untamed, unsubdued. It is the one-in-herself quality in girls and women who will not be victims, no matter what. Atalanta, the famous hunter and runner in ancient Greek mythology, a mortal woman who is identified with Artemis the Goddess of the Hunt and Moon provides insights into the archetype. Artemis-Athena-Hestia, and Artemis-Selene-Hecate describe patterns of development. Conari/Red Wheel Weiser, 2014.

Art Journaling/Visioning for Women in Transition

A 2-Part Workshop with Artist, April Martin
Presented by Spirit of Sophia/ Funded by Kentucky...

Sacred Thresholds: Life is change, yet our hearts...

a re-wilding retreat with Mary DeJong